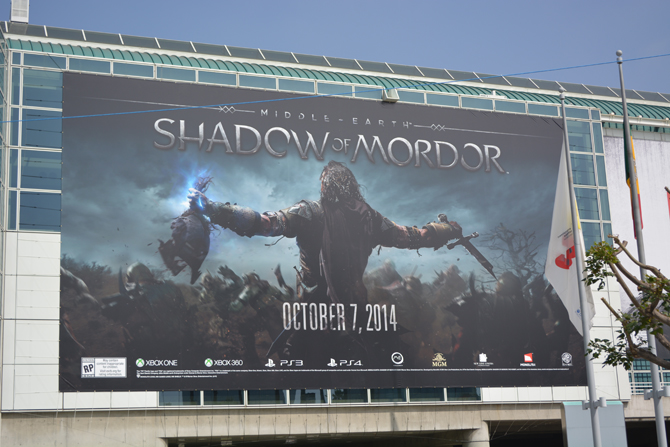 E3 2014 is behind us. Three days spent in the Los Angeles Convention Center showing Middle-earth: Shadow of Mordor to gamers and press alike, have now come and gone in spectacular fashion. And, as the final day came to a close, we couldn't help but notice that our awards wall had made a good many friends.

Monolith Productions brought home 40 total awards and nominations from E3 (and counting!), making this the biggest E3 in our 20-year history. And we couldn't be more proud. 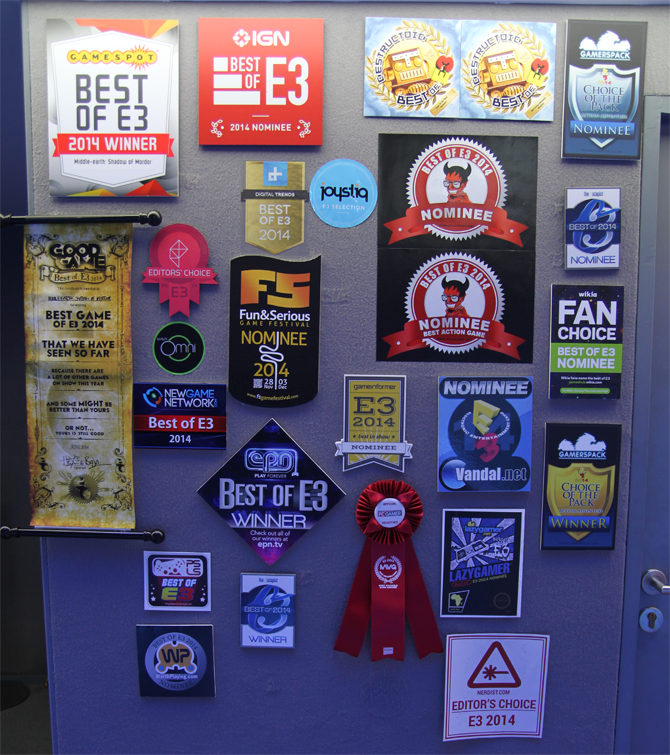 Here's how it all looked once the dust settled.

Thank you, to our fantastic and enthusiastic community, for your support along the way! We can't wait to share more with you as we continue the march towards October 7, 2014.

Note: This article will be updated as more nominations and awards are made public. Latest update, June 26, 2014.

Retrieved from "https://shadowofwar.fandom.com/wiki/User_blog:MonolithAndy/Shadow_of_Mordor_at_E3_2014:_Awards_Roundup?oldid=19951"
Community content is available under CC-BY-SA unless otherwise noted.