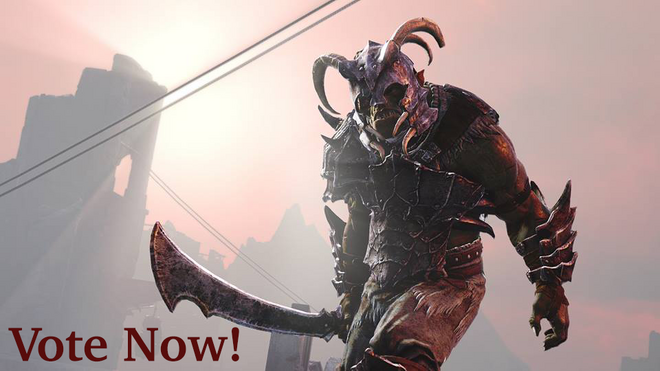 Contribute to the community consensus by answering the below series of polls about Middle-earth: Shadow of Mordor! The results will be featured in an upcoming Instant Expert feature centered on the game, which we'll be posting on Monday, September 22nd. Feel free to go into detail about your responses in the comments, as well!

Retrieved from "https://shadowofwar.fandom.com/wiki/User_blog:Knakveey/Let_us_know_what_you_think!_Answer_these_Shadow_of_Mordor_questions?oldid=27648"
Community content is available under CC-BY-SA unless otherwise noted.