UPDATE: We have a winner! Congratulations to Smaug the Tyrannical!

The Quest through Middle-earth continues in The Hobbit: The Desolation of Smaug, from Academy Award®-winning filmmaker Peter Jackson, when the epic fantasy adventure is released as an Extended Edition on Bluray 3D and Blu-ray on November 4th from Warner Bros. Home Entertainment (WBHE). A production of New Line Cinema and Metro-Goldwyn-Mayer Pictures, this extended cut of the second film in The Hobbit Trilogy includes 25 minutes of extra film footage that extends individual scenes, making this the must-see, definitive version for fans. Both versions of the Extended Edition include more than nine hours of new bonus features that will enrich the experience of the Trilogy as fans gear up for the December 17 theatrical release of the third and final film, The Hobbit: The Battle of the Five Armies.

Lucky for you, we have ONE copy to give away, so keep reading to see how you can enter!


Second, simply write a caption for this photo in the comments below!

Must be 18 or older OR have a parent or guardian's permission to win. Eligible entrants MUST live in USA. Check out the official rules for details. One winner will be randomly selected from all eligible entries on the Lord of the Rings Wiki and Shadow of Mordor Wikia. 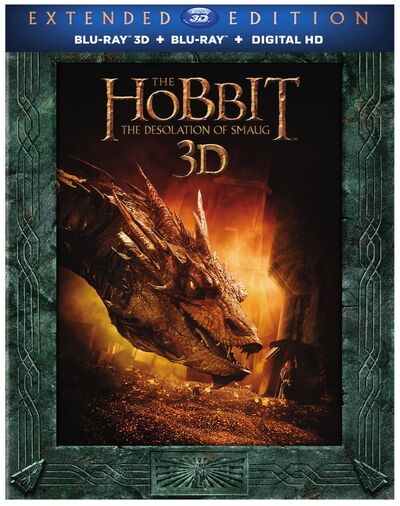