Start a Wiki
watch 02:24
'Middle-earth: Shadow of War' - Official Launch Trailer
Do you like this video?

In Middle-earth: Shadow of War, Monolith have the Nemesis System in an effort to make the game more personal and interactive. "No two players will have the same experience with millions of different opportunities," according to the developers. The sequel has numerous new features compared to its predecessor, including, but not limited to: riding drakes (lesser dragons), a new enemy race, the Olog-Hai, who are much larger than Uruks, Overlords, who are stronger than Warchiefs, and Sieges, where Talion must use his army of Followers to conquer a Fortress and kill the Overlord that controls it.

The game was available for Xbox One, PS4 and PC on October 10, 2017. Four different retail versions are available: Standard, Silver, Gold and Mithril.

Shadow of War continues the narrative from Shadow of Mordor, following Talion who is still infused with the spirit of the elf lord Celebrimbor. Talion and Celebrimbor travel to Mt. Doom, where they forge a new Ring of Power free of Sauron's corruption. However, once the Ring is complete, Celebrimbor is abducted and held hostage by Shelob, who asks Talion to hand over the Ring in exchange for Celebrimbor. Talion reluctantly agrees and gives the Ring to Shelob, who claims they have a common enemy in Sauron. She uses the Ring to see into the future and directs Talion to the last Gondorian stronghold in Mordor, Minas Ithil, which is under siege by Sauron's forces due to the city's possession of a valuable Palantir. The Palantir would allow whoever possesses it to see anything they wish, making it a valuable tool for Celebrimbor and a dangerous weapon for Sauron.

Talion travels to Minas Ithil and quickly comes to odds with Celebrimbor. Talion wants to help his fellow Gondorians, while Celebrimbor believes the city is already lost and the retrieval of the Palantir must take priority. Talion reasons that protecting Minas Ithil will also protect the Palantir and he meets up with the city's defenders: General Castamir, his daughter Idril, and his lieutenant Baranor. Together, they sabotage Orcish efforts to break into the city until Castamir betrays them, allowing the Orcs to breach the gates and handing over the Palantir to the Witch King of Angmar in return for sparing Idril. Castamir is killed by the Witch-King and Talion is barely able to escape thanks to the help of Eltariel, an Elven assassin working on Galadriel's behalf. The Witch King seizes Minas Ithil, renaming it Minas Morgul. With the Palantir, Sauron realizes that Shelob is holding Celebrimbor's Ring and sends the Nazgûl to attack her. Talion is able to save Shelob, who returns the Ring to him and tells him that the fate of Middle Earth is in his hands.

With the Ring back in his possession, Talion begins to use its power to dominate Orcs and build his army. During this time, he assists Idril and Baranor rescue Gondorian survivors, helps the forest god Carnen defeat the Balrog Tar Goroth, help Ratbag (who survived being struck down by the Hammer of Sauron) defeat a traitorous Olog-hai named Bruz the Chopper, and hunt the Nazgûl alongside Eltariel including Suladân, Helm Hammerhand and Isildur. Eventually after many conquests, Talion builds up enough strength to assault Sauron's fortress of Barad-dûr directly. During the battle, Talion faces Isildur, now corrupted into a Nazgûl. With Eltariel's help, Talion defeats Isildur, but upon seeing his memories of how he was corrupted by the One Ring, decides to destroy Isildur and release his spirit rather than dominate him. Celebrimbor remarks angrily that Isildur would have been a valuable asset to their cause, leading Talion to realize that Celebrimbor intends to replace Sauron by dominating him rather than destroying him. Talion refuses to follow Celebrimbor's orders any more, causing the wraith to abandon him and possess Eltariel instead.

Without Celebrimbor or the ring, Talion begins to die, but is visited by Shelob in a vision. Shelob informs him that if Talion had gone on to fight Sauron, they'd have succeeded and Celebrimbor would have enslaved Sauron and marched on the rest of Middle Earth. She implores Talion to continue to fight to contain the darkness within Mordor. Deciding to put his fate in his own hands, Talion picks up the Ring of Power Isildur was wearing to preserve his own life. He then uses the power of Isildur's Ring to assault and seize Minas Morgul, defeating the Witch King in the process. Talion then takes possession of the Palantir and observes Celebrimbor and Eltariel confronting Sauron himself at the top of Barad-dûr. The two manage to gain the upper hand, but when Celebrimbor attempts to dominate Sauron, he cuts off Eltariel's ring finger, rendering her powerless, and merges himself with Celebrimbor. As a result, Sauron and Celebrimbor remain trapped in Sauron's tower in the form of a flaming eye as their spirits continue to battle for dominance. Talion decides to use Minas Morgul as a fortress to keep Sauron's forces contained in Mordor.

Many decades later, Talion eventually succumbs to the corruption of Isildur's Ring, and joins Sauron's forces as a Nazgûl, where he goes with the others to hunt Frodo and the One Ring. However, with the destruction of Sauron and the One Ring, Talion dies with the rest of the Nazgûl and his spirit is freed. He is last seen in the afterlife discarding his weapons and armor as he walks off into the sunrise.

The core gameplay remains similar to that of Shadow of Mordor. However, in comparison, the sequel takes more of a RPG-styled stance on weaponry and equipment; instead of Runes, defeated Nemeses drop Gear, of a progressive scale of rarity, which can be upgraded further by completing a challenge associated with the weapon. Looted Gear will level with the protagonist.

In addition to the new equipment mechanics, the Nemeses themselves have become more dynamic, in that when they are Dominated, rather than simply becoming an obedient soldier, they actually can develop a sense of loyalty to Talion, or become more and more antagonistic towards him, dependent solely on how he interacts with them, e.g. if he protects them in battle, leaves them to die, etc. Certain circumstances can actually have a Follower betray the Ranger, and return to Sauron's side. When Dominated, a Follower can be sent to become a Spy under a Warchief, where they will pass Intel on their target to Talion, and can even replace said Warchief when he is killed.

The Uruks and Olog-hai, in addition to belonging to a number of enemy classes, such as assassins, beastmasters, commanders, etc., can also become members of one of seven Tribes in Mordor, each one having its own particular visual and combat style: Dark, who specialize in stealth and assassination; Terror, who are especially good at fear-mongering; Warmonger, who are ferocious and bloodthirsty in battle; Mystic, who maintain a strong connection to the dark magics of Sauron; Feral, who have connected with the beasts of Mordor; Machine, who have taken to heavy industry and high explosives; Marauder, who fancy a bit of flashy gold and roguish plundering.

The number of hub-worlds is also increased from Shadow of Mordor's two. The most current information lists the total at 5, in contrast to Mordor, with each one being significantly larger in size than Udun or the Sea of Nurnen. 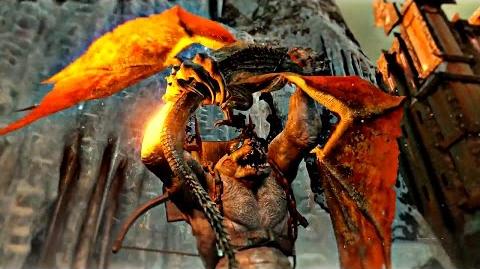 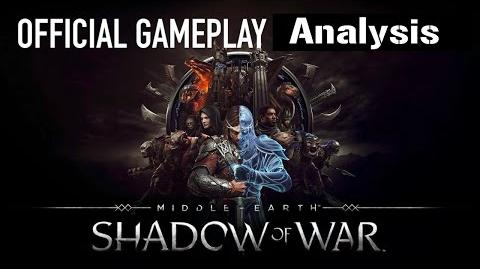 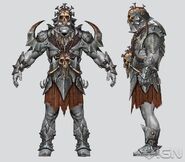 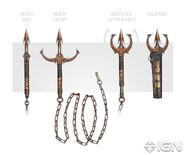 Retrieved from "https://shadowofwar.fandom.com/wiki/Middle-earth:_Shadow_of_War?oldid=65716"
Community content is available under CC-BY-SA unless otherwise noted.